and watercolour on paper

Time, an organisation that has been realising projects with estab-lished artists in public spaces for four decades, she was supposedto create a monumental piece of work for the Domino Sugar Refin-ery located on New York’s East River in the Williamsburgneighbourhood.

Walker achieved a blockbuster event with her first sculpture. At23 metres long, 11 metres high and requiring over 200 employees toinstall, the monumental Sphinx-like woman made of polystyrenefoam, coated in 80 tons of fine white sugar corns, was the centre-piece in the hall. The sculpture had the caricatured features andkerchief of “Aunt Jemima”, which on one hand depicts the stereo-typical character of a black “Mammy”, a cook or servant, and on theother hand serves as a reflection of the successful “Aunt Jemima”brand that specialises in pancake mix and syrup. The artist ex-plained back then that the sticky, dark, sweet-smelling syrup,which clung to the refinery’s walls and pillars, evoked “associationsof slave trade.” “Sugar is just like cotton – it is so omnipresent thatpeople are rarely aware of how these products are produced.”Moreover, it is often linked to exploitation, degradation, abuse andother inhuman forms of humiliation. The balance between powerstructures and their numerous derailments resulting in violence –these are the topics that Kara Walker’s work has repeatedly ad-dressed since the beginning of her career.

Previously, she had worked on projects featuring substantial

dimensions. However, not in a two-dimensional sense, not sculp-turally. Walker’s first exhibit at the Drawing Center in New York

in 1994, shortly after she completed her degree at the Rhode IslandSchool of Design, transformed her into a shooting star. On a 15-metre-long white wall, she created a panorama consisting of sil-houettes, a folklore cut-paper technique heralding back to the 19thcentury. “I decided against pursuing painting, because I regarded itas being deeply rooted in traditional patriarchal modernism. In-stead I was looking for a medium that would allow me to better un-derstand what it means to have a black body – not just now, butalso from a historical perspective.” She found it in Victorian handi-craft that was regarded back then as being a “second- class ladies’art.”

Walker decided to focus precisely on this genre fraught withprejudices. She started composing seemingly idyllic scenes worthyof poetry, featuring a couple courting, for example. However, acloser look reveals that this actually portrays a white man abusinga black female slave. Or it appears as if a mother is calling for herchild to come and play. However, it portrays a child being brutallybeaten by a white “master”. The gamut of cruelty depicted by Walk-er – black on white or the other way around, by means of wall-fill-ing frescos, panoramas or cycloramas, which are round pictures –depicts the horrific repertoire of the slave trade in the southernUnited States from the late eighteenth century to the start of theAmerican Civil War in 1861.

Walker uses the cut-paper genre and the manner in which silhou-ette figures are seemingly only capable of producing an apparentlyintact world and society, leading the audience to confront theirown views entrenched in racist ideology – or by the same token,the degree of empathy felt when observing the deeply unsettlingand touching tableaux of institutionalised, systemic discriminationboth in the past and present. She brilliantly and precisely linksabomination to abomination, without drifting off into the realm ofbeing illustrative, narrative or even blatant. Instead, these cycles,which are sometimes combined with colourful light projections,rather resemble untiring manifestos intended to expel demons.Taken in their entirety, they serve as a visual reminder of perpetu-ated clichés, bias and violence, yet without making accusations.They go directly under the skin, thus enabling them to breakthrough rigid horizons of perception.

The silhouette series, which Deutsche Bank already presented inits exhibition hall in Berlin in 2002, should be appreciated againstthe backdrop of a highly multifaceted graphic body of work, whichis also, for example, featured on an entire floor in the DeutscheBank skyscrapers in Frankfurt. There are now plans to send it onan exhibition tour for the first time. Her work comprises countlesssketches, studies, collages, typographies, diary entries, typewrittenreflections, works featuring ink, graphite, watercolours or gauche.Walker draws quickly and impulsively, while her exquisite worksfeature a dash of nuanced irony and are reminiscent of Frenchpainter and graphic artist Honoré Daumier, one of her artisticforebears, in addition to the Spaniard Francisco de Goya and theBelgian James Ensor. “Drawing is intimate,” says Walker, who ispublicly exhibiting newspaper cut-outs, postcards, satirical car-toons and advertising materials from her archival resources for thefirst time. “I am conducting a conversation with myself, with thepart of me that is seething with ideas, to ultimately reaffirm myown existence.”

Even as a child, the daughter of a secretary and an art professor,she began to draw. In 1983, her father Larry Walker became direc-tor of the art history programme at Georgia State University in

Atlanta and thus, 20 years after the end of segregation, Kara landedin Stone Mountain, previously a Ku Klux Klan stronghold. Today,Walker, who in 2019 was the first African American artist to win aHyundai Commission (sponsored by the eponymous South Koreancar manufacturer) in the Turbine Hall at Tate Modern in London,has achieved almost everything. “That was the big prize,” she re-calls. “Fons Americanus” is a 13-metre tall working fountain,sculpted in a baroque style, and represents the post-colonial coun-terpart of the Victoria Memorial, situated in front of BuckinghamPalace since its unveiling in 1911 to commemorate the achieve-ments of the British Empire. This work by Walker recounts the his-tory of the transatlantic slave trade, while questioning the cultureof remembrance in Europe. Instead of a golden angel, an Afro-Brazilian Venus stands at the summit of the fountain, with plumesof water cascading from her breasts into the basin. The waterserves as a fateful connection between the American, African andEuropean continents. Just like the audience blockbuster “SugarBaby” in New York, “Fons Americanus” was also a temporary piece,which according to the artist was a “homage to all those who havebeen exploited and abused throughout time and all over the world.”“Everything that I do is political.”

in her studio, painted forWERTE by Carla Fuentes,who is based in Spain

The American, born in 1969 in Stockton,California, is one of the most renownedartists of her generation. In an exhibitiontour planned for 2021, she will present

her graphic works: “A Black Hole is Every-thing a Star Longs to Be” is intended tostart at the Kunstmuseum Basel (5 June

Museum Tilburg. In addition, Walker is

realising an artwork for the “ReplaceRubens” project at the Kunst-Station 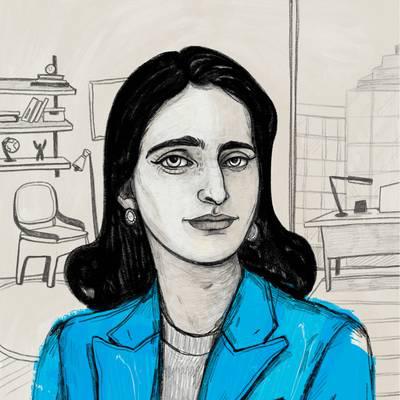 There is no such thing as impossible 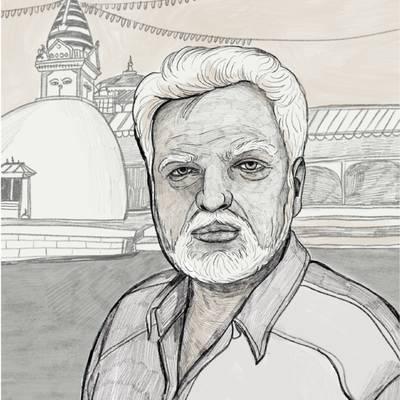 A Life for Water