VERENA PAUSDER is one of Germany’s

most renowned serial entrepreneurs. Whatdistinguishes her is the energy that she investswhen it comes to recognising problems andfinding solutions

ost people spend far too much time on thoughts such as:What should I do? What could I do? What do I have to do?Perhaps they have great ideas, but they are afraid to

realise them. Verena Pausder has adopted an entirely different ap-proach. If she is impressed by an idea, she transforms it into a real-ity. “In Germany, we don’t talk enough about opportunities,” shesays. “If I find something impressive, I don’t ask the question: Whathappens if it doesn’t work out? I tell myself: Wouldn’t it be fantasticif it worked out?”

This positivity came in useful in the spring of 2020 as the coron-avirus pandemic took hold and Germany went into its first lock-down. Thousands of children and teenagers were suddenly unableto attend classes at school. Many of them spent weeks detachedfrom the educational system. Pausder recognised what had to bedone – and acted accordingly. She initiated homeschooling-coron-a.com, a Web-based education platform similar to the Germanhackathon initiative #wirfürschule. In just five weeks, Pausder andher partners managed to digitally connect more than 6,000 peopleto develop 216 solutions for the schools of the future. And what ismore, Pausder managed to gain support from Germany’s FederalMinistry of Education and Research, the Federal Government Com-missioner for Digitalisation and the Standing Conference of theMinisters of Education and Cultural Affairs.

There is a reason that Verena Pausder is regarded as one of Ger-many’s most successful serial entrepreneurs. Back in 2012, whenthe tablet computer established itself worldwide, Pausder launchedthe technology company Fox & Sheep with co-founder Moritz Hohlto develop game apps for children. In doing so, she recognised amarket niche before others did. Yet Pausder also attributes thesuccessful foundation of this business to a previous project thatdid not work out – the opening of a salad bar. “If you collect expe-riences and properly use the knowledge obtained from mistakes,you stand to gain from them.” She hopes that many more youngpeople will start to believe in their own ideas and skills and musterthe courage to start their own businesses. “Entrepreneurship is ex-tremely important for an economy. But it’s also an investment inyourself!”

Verena Pausder could be said to have entrepreneurship in hergenes: her father is Rudolf Delius, managing director of the epony-mous textile brand. Founded in 1722 and still based in Bielefeld,Delius has been in the family for nine generations. Nevertheless,she is convinced that entrepreneurship is a skill that can be

learned – provided this is supported by the educational system.“Currently, we are failing to give many people the opportunity tochannel education as a means of developing self- efficacy. In myopinion, concepts such as resilience, frustration tolerance andproblem-solving skills are all things that must already be integrat-ed while at school.” Pausder regards equal opportunity – particu-larly in terms of digital education – as the universal key to secur-ing a society’s sustainable future.

“But it’s also important to create environments that are inviting togirls who are technical enthusiasts and give them a sense of: thereare many of us! That’s why when we name courses and createplaces of learning, we must ask questions such as: is this also in-teresting for girls?” The entrepreneur hopes that there will bemore female nerds in the future, just like she once was. Pausderwants to see change in Germany and promote even more willing-ness to adopt creative approaches within society. She is aware that:“This requires courage.” But she is also aware: “The more confidentyou are, the more courage grows. And at some point you just think:I used to think that was courageous? Now it’s something totallynormal for me.”

The entrepreneur specialises in projects inthe field of digital education. In 2016, shewas named Young Global Leader at theWorld Economic Forum, in 2018, she wasincluded in the Forbes List of Europe’s Top50 Women in Tech. In her book “Das NeueLand” (“The New Country”), she outlinesher vision of Germany’s future. VerenaPausder is married and the mother of fourchildren. 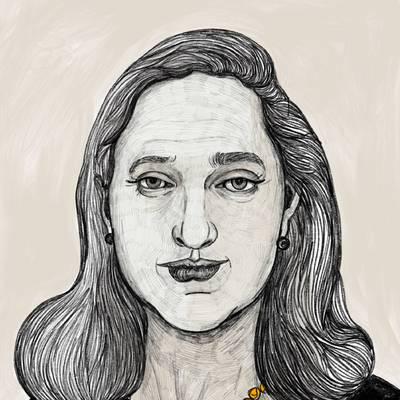 “I am driven by my heart, not profits” 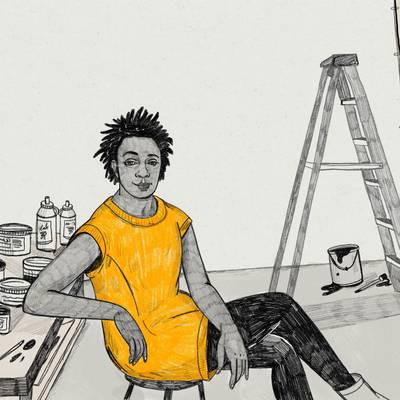 “Everything that I do is political”