Trees and forests are a particular passion ofEva Mayr-Stihl and her husband Robert Mayr.That’s why they set up a foundation to fundprojects with cultural and environmental goals

Mr Mayr, we recently experienced one of the worst flood

catastrophes in German climate history. In the states ofRhineland-Palatinate, North Rhine-Westphalia andBavaria, enormous quantities of flood water caused damageon an almost indescribable scale. Nature and the environ-ment are among the focal points of the foundation you setup together with your wife in 1986. Is there any connectionbetween your passion for sustainability and the fact thatStihl has become a leading manufacturer of chainsaws,hedge trimmers, shredders and mowing robots?

Let me start out by telling you that flooding is one of the very firstmemories from my childhood years. My parent’s house in Bavariastood close to a fast-flowing stream. In 1945, a month after the endof the Second World War, there was terrible flooding. Five peopledrowned, two of them in the house immediately adjacent to ours.

I was only five years old at the time, so you can imagine how thesescenes remain deeply etched on my memory. But let’s get back toyour question about sustainability. Hans Carl von Carlowitz can beregarded as fathering the concept of sustainability. He was the au-thor of the very first book about forestry, Sylvicultura oeconomica,published in 1713. Our company has its origins in the forestry sec-tor. There are laws stipulating that the number of trees felled maynot be larger than the number of new trees, and these regulationsare of great significance to the environment. Several years ago, thefoundation established a Chair of Forest History at the Universityof Freiburg, with a special emphasis on sustainability research.And, more recently, we started funding a Professorship for ForestGenetics at the same institution. The goal is to grow trees that havegreater resistance to the effects of global warming.

Does this mean you focus on areas with which you and yourcompany are familiar?

That’s correct. The guiding principle of our foundation is to workin areas we understand, and find partners with whom we can buildpersonal and trustful relationships. That’s why we also concentrateon local and regional areas in which we can achieve concreteresults.

Trees are plants with which most people have an emotionalbond. What about you?

If you’re asking whether I’m a tree-hugger, then the answer is no.But I love nature! During my childhood, I spent entire summersbarefoot and outdoors. I also did a lot of skiing and mountainclimbing. Nowadays, I still take my two dachshunds for walksthrough woods and fields at least twice a day. I’m a real countryboy...

…who is committed to climate protection.

As all of us should be. This is an area in which the foundation isparticularly active. We provide the funding for the German ForestScience Award, and support both the Berchtesgaden National Parkand the Technical University of Dresden’s Forest Botanical Garden.Funding also goes to the Woodworkers Museum in Ruhpolding,documenting the life and work of forestry workers and foresters.The German Dendrology Society in Ahrensburg, dedicated to thescientific study of wooded plants, also receives support.

These experts tell us that Germany is also home to speciesof ancient trees such as chestnuts, yews and Swiss stone

pines – making forest dieback all the more catastrophic.What do you consider to be the main causes?

As we all know by now, it’s climate change. Compounded by thechoice of tree species in forests.

Timber will play an increasingly important role in future;among other things, as a construction material to replaceconcrete. What’s your opinion on this?

I’m basically in favour. However, the construction industry mainlyuses spruce. That’s a problem for conservationists because they op-pose monocultures.

It’s not doing any damage at all to Stihl’s business. Rev-enues and employee numbers continue to grow. Can yougive us any figures for 2020?

Based in Waiblingen-Neustadt, Stihl is very much a “hid-den champion”. Stihl’s products are immediately familiar,but its owner family is quite the opposite. Why is discretionso important?

We are a family of owners not fairground barkers. We’re not inter-ested in the type of publicity that stems from tabloid journalism.And perhaps our reserve has something to do with the Swabiantemperament.

As someone born in Bavaria, how would

you characterise this temperament?

There are well-known stereotypes – the self-confident Bavarianand the hard-working Swabian. As with most clichés, they containa grain of truth. Bavarians are somewhat more extrovert and cos-mopolitan, while Swabians are more introvert and thrifty. As al-ways, exceptions confirm the rule.

preservation of regional dialects. There’s a Bavarian dialectprize, for example. What about the Swabian dialect?

We are now committed to supporting the Swabian dialect too!There’s a close connection between dialect and mentality that I findextremely interesting. Dialect expressions such as “Uns ko koaner”[No one is a match for us] reflect the healthy self-confidence typicalof many Bavarians.

Both. With possibly a slight preference for Maultaschen. Do youknow the Swabian dialect name for them?

Herrgottsbscheisserle [God’s little cheaters]. The name goes back tothe time when pious Christians weren’t allowed to eat meat onGood Friday. So crafty monks came up with the idea of concealingit in pockets of pasta so that God couldn’t see it. I regard that as afurther revealing insight into the Swabian character.

Inventive with a touch of cunning as well?

You could put it that way.

What are the values that define you and your wife,

as entrepreneurs and in your private life?

Modesty and respect are traditional family values passed on fromgeneration to generation. Andreas Stihl, our company founder, setthe example in this regard. He treated each and every one of hisemployees with the greatest respect, and bequeathed this mindsetto his children and grandchildren. Responsibility for our family,our company, and the society and environment we live in are at thevery top of our agenda. That’s why the foundation was established– we wanted to give something back.

What is the foundation’s annual budget?

Approximately ten million euros at this point in time. Around 35percent is reserved for medicine, science and research, and 20 per-cent for art and culture. The remaining amount is used for a rangeof other foundation purposes.

Why does art and culture receive less funding?

That’s a difficult question. We support three large hospitals, includ-ing the Klinikum Stuttgart, the largest hospital in the state ofBaden-Württemberg. Medicine is more existentially crucial to peo-ple than art. Also, science and research probably bring more directbenefits to people than culture. But that doesn’t mean my wife andI don’t have the highest regard for art and culture.

and then the Pavilion for Waiblingen sculpture by ÓlafurElíasson. Is art an integral part of the foundation’s

Without a doubt. We provided the initial funding for the construc-tion of the “Galerie Stihl” in Waiblingen, and also support individ-ual exhibitions. We have a really diverse programme, and interest isgrowing all the time.

Do you and your wife have a private collection?

Let’s just say we buy things that we like, including works by OttoDix, Käthe Kollwitz, Marc Chagall, Willi Baumeister and HorstAntes. Our house in Bavaria has a predominance of Bavarian folkart, old votive paintings and antique rustic furniture.

How do you see the future of the foundation?

My statistics professor always said that the future is an undiscov-ered country. Foundations, however, and ours is no exception, areestablished to exist in perpetuity. What I can say with certainty isthat we will be continuing to focus on our three core areas: medi-cine; science and research; and art and culture. We believe these ar-eas to be critical for humanity’s survival. We also intend to remainunwavering in our core convictions: discipline, decency, fairnessand liberality. The work of our foundation is rooted in empathy forother human beings. Because one thing is crystal clear: we need adeeper sense of compassion for our society and the world of nature.And this is what we will continue to advocate.

This is the number of projects that

“Modesty and respect aretraditional values in ourfamily, passed on fromgeneration to generation”

million euros is the amount of

funding provided by the foundationsince its inception

“The guiding principleof our foundation is tobe active in areas weunderstand”

“The work of our foundationis rooted in empathy forother human beings. Weremain unwavering in ourcore convictions”

is the year in which the

Founded in 1926, Stihl manufactures equipment for theforestry, garden and landscaping, and construction sectors.Right from the very beginning, the company’s mission wasto make working in the great outdoors easier. And they metwith success. Stihl has been the world's biggest sellingchainsaw brand since 1971. In the 2020 fiscal year, the StihlGroup grew its sales revenue to 4.58 billion euros, and staffnumbers increased by 9 percent to 18,200 employees. EvaMayr-Stihl is the daughter of the company founder. In1986, Eva Mayr-Stihl and Robert Mayr, her husband, set uptheir foundation. Initially named after her father, the foun-dation now funds a range of projects including the Nation-al Heritage Trees initiative. Eva Mayr-Stihl has received anumber of awards for “outstanding commitment”, includ-ing the Cross of Merit (1st Class) of the Federal Republicof Germany. 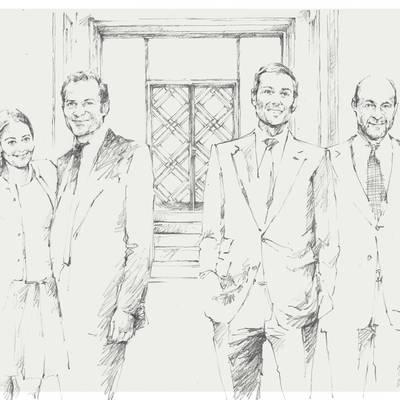 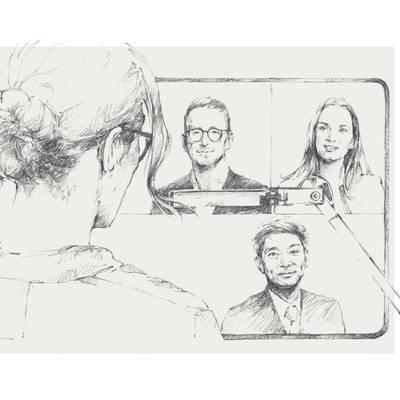 A lack of sustainability is also a business risk