I see it ambivalently. We are at the forefront in areas such as hu-man dignity, taking care of people in need of protection and in re-gard to our capacity to absorb refugees and we will be rememberedin history for our humanitarian actions. But we still have to bal-ance out some important questions between the welcome and thearrival culture. If people are able to enter the country severaltimes, if people throw away their passports and are still grantedentry without revealing their country of origin, then this is surelytaking advantage of our hospitality. We have to develop defensiveanswers to this. And we’re still not making the right policies toprevent migration in the first place – we are also part of theproblem.

Actually, Germany has been an immigration country for 50years. Have we not learned enough from our experiences andmistakes?

The problem is that we have never defined ourselves as an immi-gration country. And we have still not overcome the education cri-sis that arose with the first generation of migrant workers. As MaxFrisch said so eloquently, “We wanted workers…and we got peopleinstead”. When I think of my parents, at that time it was importantto work but not to learn German. That prevented cohesiveness.You can't blame the people for it now. For many decades, weweren't allowed to be German.

Because the traumatised German war and post-war genera-tions first had to clarify their own identity?

That's certainly part of the issue. I’ve found that many Germanshave difficulty explaining what makes them German. That probablyhas something to do with the German trauma. We’ve ignored thisidentity issue for so long that a vacuum has been created, whichhas been taken over by hate-mongers and right-wing extremistgroups. The identity question has been picked up by the nationalistpolitical party Alternative for Germany (AfD) – unfortunately, witha great deal of success. We now have to develop a policy to coun-teract this. The major parties didn’t see this coming.

Specifically, what did the major parties do wrong?

Over the past years and decades, we made migration and integra-tion policies for migrants – not for Germany. We didn’t stress ourvalues enough and, as a result, migrants had no opportunity to in-tegrate – integrate where, for example?

Yes, I have to be able to love a politician. We’ve completely failed torealise that we're dealing with human beings, feelings, the heart,not just minds and intellect. I have to feel that I am being governedwell. In Germany, we have to learn to appreciate and present ourdemocracy, our constitutional state and our values better and notalways make ourselves out to be worse than we are. I am veryproud to be German. Full stop. I can't explain it, it's a feeling.

Tekkal was born in Hanover in 1978 as oneof eleven children of Kurdish-Yazidirefugee parents. After completing her po-litical sciences studies, she attracted at-tention as a war reporter and film maker.With her human rights organisationHáwar she campaigns for the victims ofISIS terrorism. In 2019, the German Feder-al Government appointed her a member ofits Special Commission addressing globalcauses of human flight. 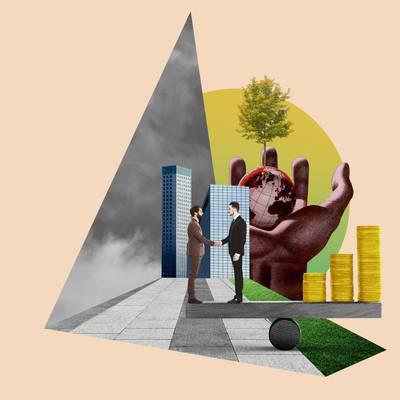 The power of change 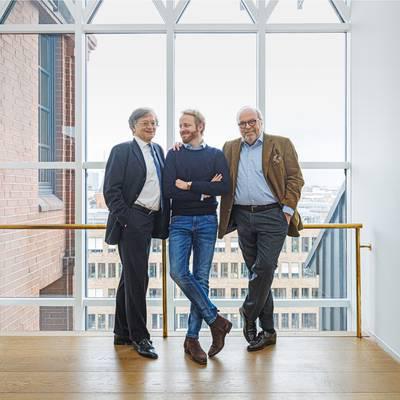