This group of critical

thinkers is exploring how

to create a more just societythat benefits everyone

(from left): Darrel Moellen-dorf, Chuck Feeney, JeffreySachs, Per Molander and

Many institutions have set their sights on becomingmore just and altruistic. But the numbers detailingthe distribution of wealth in the world tell a differentstory. Why is this the case, and what must be done toprevent inequality?

On 14 September 2020, in the midst of the coronavirus pandemic,Chuck Feeney’s four- decade-long mission in life came to a close ashe signed the documents that sealed the fate of his charity, AtlanticPhilanthropies. More than eight billion dollars that he hadamassed during his lifetime disappeared in an instant that day. Butthe money certainly did not vanish into thin air. It was handed outto countless projects to fund research into ageing, education andhuman rights.

Feeney, 90, made most of his wealth from the pioneering role heplayed in the duty-free sector. But he was never one to live it up.His philosophy of life was simple: “Giving While Living”. “Thepoor are always with us. You know, you’ll never run out of peopleyou can help,” Feeney said in a film documentary that offers somerare glimpses into the life of this philanthropic American. It wasFeeney who served as the role model for other U.S. billionaires likeBill Gates and Warren Buffett, and led the way by pouring much ofhis vast wealth back into society during his lifetime.

If the world were a more just place, we would never need suchcharity. At the beginning of 2019, roughly a year before “coron-avirus” became a universal part of our vocabularies, Oxfam, the re-lief and poverty- fighting organisation, issued a report on social in-justice. It noted that: “The wealth of the world’s billionaires in-creased by 900 billion dollars in the last year alone, or 2.5 billiondollars a day. Meanwhile, the wealth of the poorest half of humani-ty fell by 11 percent.” The pandemic has widened this gap evenmore. Oxfam says the 1,000 richest individuals in the world were

able to recoup the losses they suffered during the coronavirus crisisin just nine months. But it says that it could take more than adecade for the world’s most impoverished people to recover fromthe economic blows dealt to them by the pandemic. In a follow-upreport bearing the provocative title “The Inequality Virus”, Oxfamsurveyed 295 economists from 79 countries, including leading in-equality researchers like the Indian economist Jayati Ghosh and Jef-frey Sachs, the Director of the UN Sustainable Development Solu-tions Network. The survey’s findings: 87 percent of the respondentssaid they expected to see an increase or a sharp rise in income in-equality as a result of the coronavirus pandemic in their homecountry.

Why? Why does it seem that, in both good times and bad, the peo-ple who end up falling behind are the ones who need more finan-cial leeway, a greater stake in society and fewer worries? PerMolander, a Swedish mathematician and an expert in distributionquestions, says he sees a mechanism, something that borders on

a natural law, lurking behind this phenomenon. The mechanismworks like this: “Whoever has more has a greater chance of becom-ing richer simply because they have more to start with.” For thosepeople who cannot grasp this concept, Molander likes to tell a sto-ry about a game of marbles. It is the tale of one child who owns 50marbles and of a second child with only five marbles to shoot at thetarget, and the first child’s ability to take the five marbles from thesecond one simply because they had more marbles to start with.

“It is an example of a self-perpetuating effect that life is teemingwith,” Molander says. The poor will need to be far shrewder if they

ever hope to catch up with the rich, he says. Molander has also in-cluded the parable of the marble game in his book “The Anatomyof Inequality”. The book is an eye-opener for many readers. Onethat is linked to another unsettling realisation: inequality – and theinjustice it breeds – is extremely harmful. It is a harm that is inflict-ed not only on individuals, but also on society as a whole: econom-ic growth, upward mobility and people’s faith in democracy.Molander, a former political consultant, thinks that the stateshould step in here and wield its power. “In a well-functioning so-ciety, the state acts as a counterbalance to the economic power-holders,” he says. “The state has to be powerful enough to do thisjob and protect its integrity.”

State intervention currently seems to be more popular than ever.After all, the current focus is not only on closing the social gap, butalso on saving the very basis of life itself amid the worsening ef-fects of climate change. The EU’s Green Deal and the U.S. GreenNew Deal, two programmes that include social mechanisms tocushion the blow of upcoming government environmental inter-vention, are the best examples of this situation. Professor DarrelMoellendorf, a political philosopher at the Goethe University inFrankfurt, views political action that is driven by a sense of envi-ronmental justice to be a matter of life and death: “Political leadersmust do everything they can to ensure that human welfare, partic-ularly as it applies to the most impoverished and most threatenedareas of society, is included in an all-encompassing plan aimed atfacilitating the fast transition to a net-zero carbon economy. Thiswill require investments in a sustainable infrastructure that will ul-timately create more and better paid jobs.”

More and more companies are responding to this need and ap-plying a group of principles that go by the initials ESG: environ-mental, social responsibility and ethical management, or gover-nance. It is a push that is producing some noticeable results. Astudy conducted by PricewaterhouseCoopers (PwC) in 2020 con-cluded that ESG fund assets under management could make upmore than 50 percent of all European mutual fund assets by 2025.

Impending political regulations are just one reason for thisboom. Other factors include a new, ethics-driven attitude amonginstitutional investors and the growing public realisation that indi-viduals who care nothing about the world around them are taking arisk. Experts like Molander, however, point out that the first andforemost goal of corporations is to increase investors’ capital. As aresult, the ESG principles will be applied only to the extent thatthey serve this goal, he notes. As a way of adding substance to thecode, he suggests that an independent oversight authority be put inplace.

With the help of ESG, the world may become greener and morehumane. But distributive justice does not seem to be a part of it asyet. And efforts like those of Chuck Feeney “are certainly not a so-lution to the inequality problem”, he says. To Molander, it all boilsdown to changing the rules of the marble game. He suggests thatthese rules could be amended in such a way that each player couldstart the game with only five marbles if the poorer player owns nomore than five marbles. “In this case, they would have the samechance of winning, provided that playing conditions and skillswere equal,” Molander says. 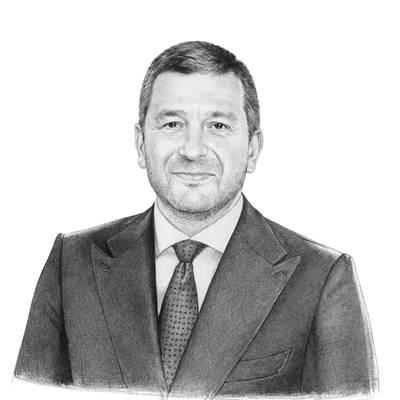