Report An Economy in Flux

Leading economists warn that thosewho ignore the TRANSFORMATIONof society will eventually suffer thesame fate as the dinosaurs. To have

a future in the era of digitisation andclimate change, they will have toreinvent themselves and ensure thattheir activities serve a socially

hen a Group CEO refers to dinosaurs, the message isclear. Old, vast, inflexible and no longer in keeping withthe times: no manager wants to give this impression of

their company. It was Siemens CEO Joe Kaeser who chose to usethe image of the dinosaur as a warning. It is a neat way of sayingthat we are at a turning point – companies are now threatened bythe same sort of epoch-making change that once wiped out thedinosaurs.

These creatures were no longer capable of surviving majortransformation. Today, companies have to be ready to face allkinds of upheaval: climate change and digitisation, in particular,are revolutionising business. Society is demanding that companiesare radically digital and simultaneously do a convincing job of pro-tecting the climate from the consequences of their business mod-els. Does this herald a new era of economic activity?

The rapidly increasing capacity of networked computers is part ofthe reason why the warming of the earth’s atmosphere is becomingclearer with each passing second. Digitisation is pervading everymoment of our lives and every corner of our planet. “Dataism” (aterm coined by US business journalist David Brooks) is defining ourpresent, together with the emerging universal climate catastrophe.At the same time, consumers are attacking the economy: “The le-gitimation pressure on companies is mounting as our ecologicalcrises take hold,” says Uwe Schneidewind, Chief Research Executiveof the Wuppertal Institute for Climate, Environment and Energy.“Society is demanding accountability.” Society abhors anything thatthreatens it in the long term. At the same time, sales of goods andservices are not declining. Just think of the smartphones to be seenat Fridays for Future demonstrations and of the streaming serviceson which data volumes and consumer incentives are growing ex-ponentially. Another kind of economy has long been possible, ac-cording to economist Günter Faltin, one of Germany’s mostrenowned professors for “entrepreneurship” – and necessary, too.“The focus must shift away from short-term profit maximisation,otherwise we will trigger a rebellion,” he says. Activists are already

exerting constant pressure on corporations, while the ecologicalconsequences of production and goods transport are debated in-creasingly frequently at AGMs. And investors are now reacting.Faltin, who created the world’s biggest Darjeeling importer and atransparent, ecological business model with his “Tea Campaign”,suggests: “We have to dare to think beyond profit and make ecolo-gy an express element of our business models.”

Experience has taught us to be sceptical as to whether suchideas actually influence the economy. But restructuring is underway. Michael Böhmer, Chief Economist at economic research andconsulting company Prognos, is in no doubt: “Climate change willresult in a radical transformation of national economies.” Eventhough combustion engines and coal power are still hotly disputedtopics, one sector after another is now essentially recognising theneed for change, according to Böhmer. Although car-makers canstill sell their luxury SUVs in large numbers, this will change whenthe EU rules take effect, he argues. Penalties and regulation havean impact on the economy and are supported by some entrepre-neurs. Family entrepreneur Jürgen Heraeus, for instance, is de-manding CO2 prices that force businesses to undertake climate-related innovation.

This does not mean that rival companies will have to increasetheir operating costs in a bid to save the climate. Digital technolo-gy, as well as regulation and fiscal policy, will render many cli-mate-friendlier policies – such as video conferences in lieu of busi-ness trips – a cheaper alternative. Some companies are setting agood example of their own accord. Microsoft is aiming for a nega-tive CO2 footprint by 2030, while Bosch hopes to become climate-neutral as early as this year. “The economy’s phase-out targets aremuch more ambitious than those of politicians,” confirms theWuppertal Institute’s climate economist Schneidewind.

Some companies find it easier to assume a pioneering role anddevelop the likes of Sustainability 3.0, in which the social and eco-logical consequences of their own economic activity become part ofthe strategy. According to Schneidewind, a company’s shareholdershave an important part to play, with an international PLC subject-ed to quite different pressure from ROI-driven investors than afamily-managed SME. But the risk aspect, too, will increasingly in-fluence the CEOs of listed corporate giants. “Those who fail to keeppace with climate change risk a huge depreciation of their assets,”he says.

Prognos economist Michael Böhmer claims that an orderly, gen-uine shift towards climate neutrality will create great export op-portunities for the German economy. He believes that industrypossesses the requisite qualifications and skills: “Even strongereconomic growth can be achieved within the framework of a con-sistent climate policy.” But this would require immediate invest-ment in order to mitigate the consequences of climate change.Prognos estimates that Germany will need to invest between twoand three per cent of its annual economic output by 2050.

The climate-friendly restructuring of the economy and compa-nies is an investment project of strategic priority. The same goesfor digitisation. There is a link between the two phenomena, withdigitisation playing a key role in the attainment or failure toachieve climate goals, according to Irene Bertschek, head of theResearch Department “Digital Economy” at the Leibniz Centre forEuropean Economic Research (ZEW) in Mannheim. As an industriallocation, Germany is finding the transition problematic, she says,with many sectors still struggling to take a resolute approach to

digitisation. “Many are placing too much emphasis on making spe-cific technical processes more efficient – only a few are scrutinis-ing their entire business model in the context of digitisation,” ac-cording to the economist, who advises the Federal Government as amember of the Commission of Experts for Research and Innovation(EFI). “It is clearly always an advisable entrepreneurial strategy toaddress the potential of digitisation in some depth.”

But how does a company go digital? “Those who want to achievesuccessful digital operations have to think beyond digitising theirprocesses and offering their key products online,” says IreneBertschek. The focus is increasingly on benefit, rather than on in-dividual products and services. The car alone is no longer impor-tant: mobility is. Suddenly it is all about the provision of interfaces,the creation of platforms. Dirk Baecker, a sociologist at Wit-ten/Herdecke University who is researching the change in corpo-rate management, says that digitisation has triggered competition.Nobody wants to be left behind and everyone wants to keep pacewith the times, but this can lead to the adoption of methods, thatseem more effective simply because they are new, regardless ofwhether or not they fit the given situation: For example, he says,“although agile methods may not suit every department, they areoften promoted across the board.” This type of approach can de-stroy a great deal of employee confidence in new managementmethods. Management in the digital age is essentially “manage-ment from outside”, rather than from above, but management firsthas to empower the business. “The longer companies have enjoyedsuccess, the less they still know about the foundations for it,”Baecker suggests. In the digital age, this basis has to be reanalysedfrom the bottom up – and dependencies reassessed. But the organ-isation has to be knocked into shape first. “We are seeing a lack of

investment in processes, structures and, above all, thinkers,” saysPrognos economist Michael Böhmer. “Those who want to surviveshould invest 10 euros in their people for every euro spent on tech-nology.” It’s not so much a matter of attractive salaries as of equip-ping the workforce with skills for the digital age. Recruiting andretaining highly qualified staff is a key challenge – especially in thelight of demographic change. “Our working and personal lives areundergoing major transformation,” says the entrepreneur and pro-fessor Anabel Ternès von Hattburg. Companies have to be compe-tent and allow flexibility in this context. “Not only should they beable to use data analysis to predict customer requirements as accu-rately as possible, but they must have the guts to innovate with thehelp of lateral thinkers and creative minds.”

Some companies are driven by another factor: experts are con-vinced that more and more people are seeking a sense of purposein their working lives – and that could be relevant to the success ofboth the digital and the climate transformation. In the light of cli-mate change, some employees may now be reluctant merely tomanufacture and market the next luxury car, instead preferring towork on a mobility platform aimed at reducing the use of re-sources and emissions. In the words of Uwe Schneidewind fromthe Wuppertal Institute, “It’s about refocussing on what the econo-my is actually for.” According to this hypothesis, in future, compa-nies will only retain their staff if they create a sense of purpose aswell as generating profit. Or, as Anabel Ternès von Hattburg putsit: “Companies will find it hard to be successful in future if they failto take the issues of ecological, economic and social responsibilityseriously.”

Digitisation is pervading every aspect of ourlives, and sooner or later every sector will haveto undergo change or modernisation

The topic dominating the agenda is climatechange. It is determining the pace oftransformation 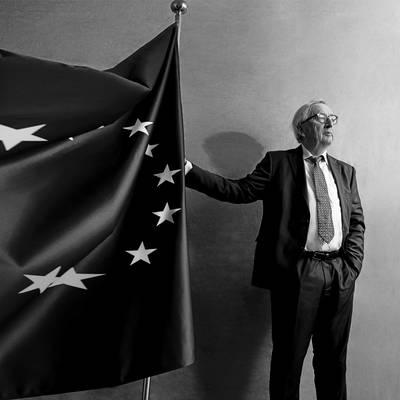 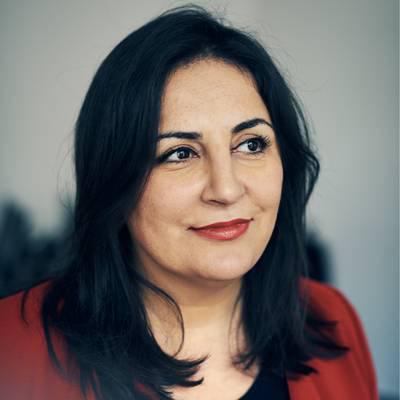 “Too little emphasis on values”