In just a few years, the Syrianbusinessman Ghassan Aboud builta billion-dollar empire. But charityis even closer to his heart

your adult life as a journalism student. Why was that?

Even my family were surprised. I come from generations of busi-nesspeople, but I chose to study journalism. Once I realised that Iwould never make a career of it in the Middle East, I returned towhat was in our family genes and started my first business.

In 1992, you emigrated from Syria to the United Arab Emi-rates, and two years later started trading cars, accessories,and spare parts in Sharjah. It took you just five years tomake your first million. How did you become successful

I was one of the first entrepreneurs to introduce re-export as a busi-ness model in the UAE within the automotive industry. That meansimporting products to Dubai, let’s say from the U.S., and then ex-porting them to Africa for instance. The export to Africa is a re-ex-port from Dubai, which means no taxes apply as we operate from afree zone. At that time, this was an innovative and very successfulmodel.

Would you describe ingenuity as one of your qualities?

Yes. I’m always looking for new approaches and new ideas when Ibuild a new company. And I was in the right place at the right time.Back then – over 25 years ago now – Dubai and Abu Dhabi wantedto become a trade and commerce hub for the Middle East andAfrica, and in fact for world trade as a whole. It was a conducivebusiness environment for founding a company, as it still is today.

The business environment in the UAE is very liberal. There is limit-ed bureaucracy and moderate value-added tax. Even now, duringthe pandemic, my business in Dubai and Abu Dhabi has sufferedless than in other locations. The UAE government is flexible andsupports entrepreneurs. Since 2019, UAE has introduced a long-term golden visa, which entrepreneurs, investors, scientists, artists,sportspeople, and individuals with special talents can apply for. Itgrants a five- or 10-year residency, which extends automatically.

The way you expanded is unusual: from car trading to

Yes and no. The step from the auto trade to logistics was a logicalextension to complement the existing automotive business. In es-sence, both are about getting from A to B. But in 2008, I founded amedia company, Orient Media. We own TV and radio stations andare also active on social media. We’re the number one in the Ara-bic-speaking countries. That took me full circle back to my degree.I always felt a fundamental need to help make the Middle East amore liberal place. The expansion into the food sector was to miti-gate the risk of being part of a single sector like automotive, whilehospitality was part of the geographical risk mitigation programmeof the group.

influential expats in the UAE. What qualities do you needto achieve that?

Hard work is essential but not enough. It’s about the details: nu-ances, little things that you do differently that set you apart fromothers in your line of business. That’s how you create the competi-tive advantage you need. Being able to work well in a team is alsocrucial. There needs to be a good flow of energy between everyone.It’s equally important to have the right woman or the right man atthe top. The areas I do business in also require specialist expertise.

between all Group companies.

Do you want to become even wealthier?

What a question! Absolutely! Of course, I work to make more mon-ey. But let me elaborate on that: at the beginning, I wasn’t interest-ed in how much I was earning. It was all about survival. Then Iwanted my companies to be top of the league, so it was about com-peting. Now it’s more about growth. We invest huge amounts inevery new project, so we always need the financial means to do so.

In 2016, you launched the Crystalbrook Collection in Aus-tralia. The hospitality group owns luxury hotels and re-sorts, cattle farms, and a marina. With climate extremes be-coming more frequent all around the world, wasn’t this arisky way to invest one billion US dollars?

By that logic, I couldn’t invest anywhere. We all live on the sameplanet. We’re all in the same boat. Each of us is more responsiblethan ever for the environment and the natural world. The thingabout Australia is that it’s an extraordinary and beautiful conti-nent. Sunshine all year round, glorious beaches, mountains, excel-lent infrastructure. The people are polite, fun-loving, and hos-pitable. I would like to move there with my family one day. And theAustralians are leaders in ecotourism.

Philanthropy is important to you?

Very much! I founded Orient for Human Relief in early 2012, inTurkey and Europe, where it is still operated from today, to helpease the suffering of the many victims of the war in Syria, both inSyria itself and elsewhere. We have built 47 hospitals and medicalfacilities serving over three million refugees over the past 10 years.We also have over 30,000 students who have benefitted throughour education programmes. At the same time, we are a member ofvarious other aid organisations. These include the Syria Relief

Network and the Multifaith Alliance for Syrian Refugees (MFA),which was founded by the great Georgette Bennett. Georgette is aHolocaust survivor and is President of the Tanenbaum Center forInterreligious Understanding. We have also founded a centre forhuman rights together to help refugees and people facingpersecution.

Mosaics are a hugely important craft in Syria. We created Hatay tosupport refugees, to preserve the art, and to create employment op-portunities. We regularly order mosaics from them. We use these todecorate our hotels and properties and install other works in publicspaces around the world.

... is a must for me – an altruistic duty. My ethical principles in mybusiness life and private life are one and the same. I always workfor the greater good.

You have a wife and five children. Do you still manage tofind time for them alongside all your other commitments?

I do my best. My wife Nahed is involved in my businesses, but soare my daughters. I always take them with me on my travels when-ever possible. My family, and their health, safety, and happiness,are my top priority. They’re closely followed by the company – mysixth child.

Are you still founding new businesses?

Oh yes. Recently, we have been concentrating on digital business-es. We’ve been creating B2B marketplaces, where we directly con-nect buyers and sellers. We have just launched Buyparts24 for auto-motive spare parts in the UAE. And we also started Buygro, a B2Bmarketplace where we connect distributors and principals to mom-and-pop grocery stores and cafeterias. For me, it’s a case of once anentrepreneur, always an entrepreneur.

I always take themwith me on my travelswhenever possible” 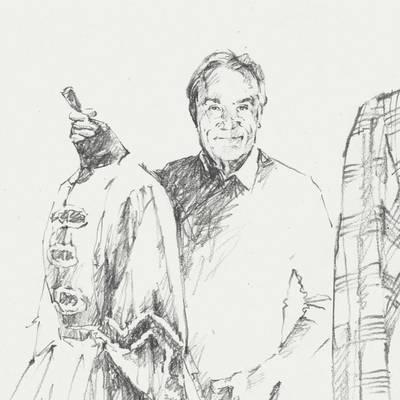 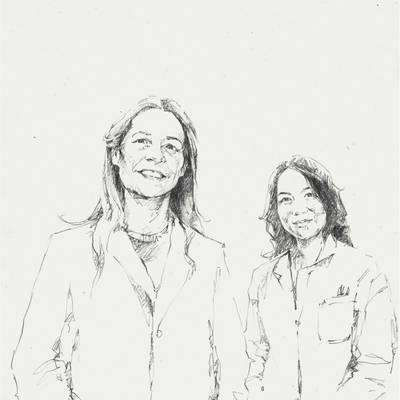