An unfortunate accident was all it took. A comminuted fracturein her left hand made Michaela Noll a patient of her own company,Meidrix, which had developed a unique treatment for cartilagedamage in joints.

“I’ve always done difficult things with my left hand,” says the cellbiologist, “and when you suddenly experience pain with everymovement, this has an enormously adverse effect on your quality oflife.” But just a few weeks after the accident she is now able tomove her hand again, almost like normal – a fact that the sixty-year-old attributes to the innovative therapy that was applied.

To give the body a chance to repair cartilage defects on its own asquickly as possible, a collagen-based gel is injected into the injuredjoint. Collagen is the most common protein in the human body – itis found in the connective tissue, the skin, the bones and the ten-dons where it carries out important supportive and functionaltasks and promotes the body’s natural regeneration. “The body tol-erates it very well,” explains Noll. “Worldwide, we have processed12,000 implants to date and have observed no allergic reactions orother negative incidents.”

The company, based in Esslingen in the Stuttgart region, mar-kets its innovative medical product, ChondroFiller, in more than 20countries, mainly in Europe, India and Latin America. China andthe U.S. are next in line, once the company obtains the relevant ap-provals from the authorities in those countries. Each country hasits own rules and certification processes. “We have already success-fully completed our first operations in China,” says Noll. This wasonly possible because the company received special approvals forspecific pilot zones. “But it did allow us to get a foot in the door.And of course, we are very optimistic,” says the Meidrix boss. “It isa huge market and we are the scientific pioneers there.”

The innovative treatment originated at the Fraunhofer Institutefor Interfacial Engineering and Biotechnology IGB in Stuttgart.For many years, Noll worked alongside her husband, ThomasGraeve, developing methods for treating connective tissue injurieswith collagen. In 2009, this resulted in the formation of the compa-ny Amedrix, which developed a solid gel pad before the scientistsconcentrated on creating an implant that is initially a liquid.

“We now work with a two-chamber syringe, similar to two com-ponents,” explains Noll. “This has the advantage that the implantcan be adapted to each patient.” The patented method drew in-ternational acclaim for the company with studies confirming thebenefits compared to previous treatments.

In 2017 Graeve died and Amedrix slipped into bankruptcy. De-spite this, Noll began to search for investors and came into contactwith Yin Weiming and Sun Yi, who were immediately impressed bythe potential for the treatment. The investors from China joinedthe company as majority shareholders and enabled the Germancompany to relaunch as Meidrix.

“They recognised this as a huge opportunity, also for the Asianmarket,” says Noll. After all, cartilage damage is a common condi-tion. In Germany alone, around five million patients are affected.Treatment with collagen injections could help many of them aslong as the damage is not too serious. Statutory health insurers inGermany now often cover the costs of the innovative treatment.However, Noll realises that it will take time for the method to be-come fully accepted. “It is still a relatively new process and, unfor-tunately, the structures in hospitals don’t change overnight.”

The more the trend towards regenerative medicine gains ground,the better the opportunities will be for Meidrix to grow financiallyand, at the same time, cure patients all over the world. “If you en-able cartilage to regenerate at an early stage, it can stop the prob-lem from becoming worse,” says Noll. “And it is a real win whenyou regain movement in your joints.” She herself was able to re-move her support bandage soon after her fall. Her wrist was al-ready flexible enough to work at her desk again.

Cartilage damage in joints is difficult totreat. The collagen treatment from meidrixbiomedicals – originally developed at theFraunhofer Institute in Stuttgart – isunique. Thanks to Chinese investors, theEsslingen-based company with seven em-ployees now has the capital it needs to ex-pand. The company has lodged applicationsworldwide for the treatment to be approvedas a medical product. In Germany, somehealth insurers already cover the costs fortreatment with ChondroFiller, developedby Michaela Noll and her husband, ThomasGraeve, who died in 2017.

“We are the scientificpioneers in China 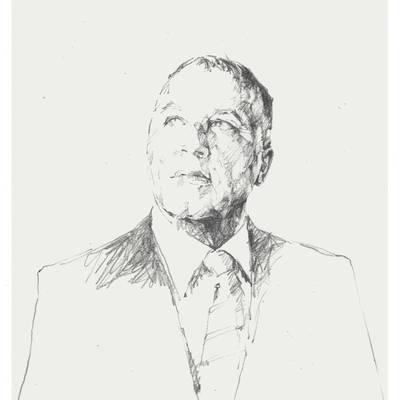 “I always work for the greater good” 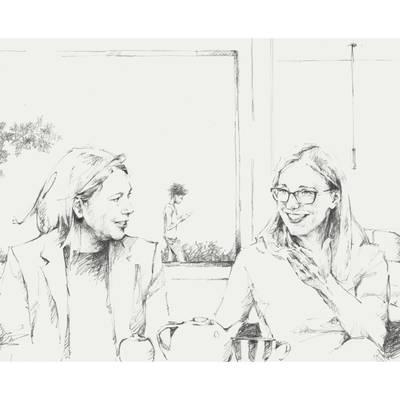 “How do we create a fairer society?”