GIAMPAOLO DALLARA designs and buildsbodywork for racing cars. His company iscontributing to the mobility of tomorrow with

man is frequently behind the wheel. The happy gentleman in ques-tion, smartly dressed in suit and tie, is Giampaolo Dallara, whomakes the daily drive to his office in the company named after him.The premises comprise several buildings sprawled along the stateroad, of which the Dallara Academy is both the architectural andthe social highlight.

Giampaolo Dallara is an aerodynamics engineer who has devel-oped bodywork for countless international motor racing customersover no fewer than five decades. The yellow roadster marks theculmination of his life’s work as a car designer, and is the first tobear his name – Dallara Stradale. Although it’s a 400-hp vehicle, itonly consumes 7.6 litres per kilometre and is produced in eco-friendly fashion – an innovation by his company that fills its presi-dent with pride. “The world is changing rapidly. And we are chang-ing with it,” he says. “We must be innovative, reduce emissions, in-vent new technologies and materials, research alternative sourcesof energy.”

His career began in 1959 as an assistant at Ferrari. Four yearslater, he was appointed Technical Director at Lamborghini where,among other things, he designed the iconic Miura racing car. Afterspells at Maserati and de Tomaso, he set up his own business in hisnative Varano de’Melegari, to the south-west of Parma, in 1972 –Dallara Automobili da Competizione. To this day, it is still develop-ing chassis and bodies for racing teams; the engines are suppliedfrom elsewhere. The company boasts its own wind tunnel and sim-ulator for rigorous testing. Every year, up to 250 racing cars – invarious Formula classes for different racing teams – depart theDallara premises for destinations the world over. They have en-joyed particular success in Formula 3 and the Indycar Champi-onships. Around 300 Dallara cars can be racing around the worldon any given weekend.

“Six years ago, Giampaolo came into my office and said: ‘Andrea,my dream is to build a road-approved sports car that representsthe culmination of all our know-how and skill. And I want to driveit before embarking on my final journey,’” relates Andrea Pon-tremoli, CEO and shareholder. “His wish was my command. On his80th birthday, he was able to take the wheel of the prototype, and ayear later he was given the first model to roll off the productionline.” Pontremoli drives Stradale number 2. The series is limited to600 models, of which 100 have been delivered.

Before Andrea Pontremoli moved to Dallara in 2007, he wasPresident of IBM Italy. Dallara picked him out as his future succes-sor following the death of his daughter Caterina, who had original-ly been groomed to take the reins. His second daughter, Angelica, isalso a qualified engineer and company Vice-President, but as amother to three sons and a daughter was never involved in day-to-day operations. One of her sons works at Dallara, as does one ofPontremoli’s five daughters. Giampaolo Dallara has left it up to hisCEO to decide who from the two families has what it takes to suc-ceed him. Pontremoli is well aware that the future of automationwill be very different from its past. “Driving your own car from A toB is just one form of mobility – and this will become obsoletethanks to public transport, car sharing and autonomous driving.”The average traffic speed in New York City is just 7km per hour.“Driving is absurd when walking gets you there faster!” Pontremolicompares his vision for the future of Dallara with the fate of thehorse following the car’s invention. “Carriages disappeared fromthe streets, but outstanding animals are still bred for keen amateurriders and professional equestrian sports.”

Dallara has joined forces with six other automotive companiesin the vicinity to found “Motor Valley” as an attraction for petrol-heads, with four circuits, six training centres and a number of carmuseums. “We compete on the market, but collaborate at regionallevel,” Pontremoli says. “Our community of values stands for com-petence and excellence made in Italy.” An exclusive car countryclub for enthusiasts, similar to a golf club, is conceivable. The com-panies are also combining their efforts in the MUNER project (Mo-torvehicle University of Emilia-Romagna). “We are training the en-gineers of tomorrow. They benefit from our experience, the simu-lator and the wind tunnel,” says Pontremoli. The Master’s degreecourse in racing car design is based at the Dallara Academy. Notonly does the modern building display the automotive gems of Dal-lara’s history, but it is dedicated to the public. Pupils of all agesfrom schools in the region come here to learn about physics andaerodynamics. “My home town has given me much to be gratefulfor, and I want to give something back.” Social commitment is notrestricted to training and teaching here, however. The companyhas supported an artisan village in Sierra Leone for twelve years inmemory of the daughter who died; the Caterina Dallara workshoptrains mechanics, thereby promoting local economic development.

And how can a company whose products climate activists love tohate boost its environmental image? “We take environmental re-sponsibility seriously. In recent years, we have introduced a num-ber of technological sustainability measures to improve the energyefficiency of our vehicles and production,” stresses Pontremoli.Electricity comes from renewable energy sources. Plastic bottlesare banned: employees fill up their own bottles from the free dis-pensers at their disposal. Dallara has ISO certification in environ-mental management. It also collaborates with the national min-istry of the environment, conducts research into new eco-friendlymaterial components, and advises electric motor manufacturersand other companies that set store by saving energy through aero-dynamics. “We are currently bringing our expertise to the develop-ment of the metro on Hawaii.” Dallara can look to the future of mo-bility with confidence.

Giampaolo Dallara is trained as an aeronauticaland aerodynamics engineer. His company,founded in 1972, designs and builds chassis andbodywork for motor racing

My home town has given me much to begrateful for, and I want to give something back

Founded near Parma in 1972, the family busi-ness is now managed by Andrea Pontremoli.Its president is founder Giampaolo Dallara.The car manufacturer is involved in the or-ganisation of the final stretch of the leg-endary Mille Miglia. This vintage rally, whichtakes place from 22 to 25 October, will alsofeature the Dallara Stradale sports car, pricedat €160,000 and limited to 600 models. 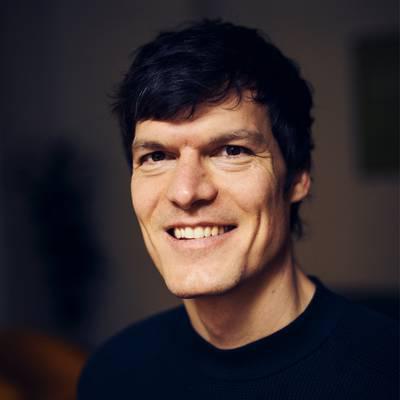 The power of water